SUBLIME'S FIRST KNOWN-"Demo Tape"- circa 1988! This is a "Demo" Tape which was used for booking the band in their early days at places like "The Nugget" on the campus of Cal State Long Beach! It was handmade by Bradley & has a hand-written cover which has the songs listed, along with a phone number for BRAD. The tape is dated 1988. The tracks are: EBENNZ CHANGE/ROMEO/DATE RAPE/NEW REALIZATION/THE BORING SONG. We all know most of these songs. Of course, "Ebennz Change" became "Ebin" & "The Boring Song" became "Roots of Creation". Gotta love this piece This cassette is mentioned in the liner notes of "Second Hand Smoke" & is essentially "priceless" at this point. Not to mention, the quality of the audio on this cassette is FLAWLESS. In fact, the songs even sound far better than the "released" versions on the "Living In A Boring Nation" Australian EP! Enjoy!!~~ 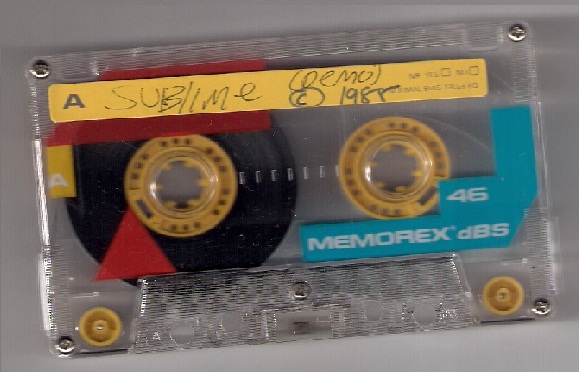