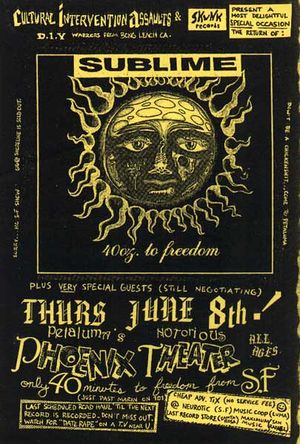 Originally this was going to be a gig in Petaluma, but that didn't happen. The band instead played in Santa Cruz at Palookaville the night before, which isn't listed in this gigography...Brad stayed up late singing on an acoustic in the back of a VW van before retiring at a motel. After breakfast in downtown Santa Cruz, the posse then traveled up the coast to SF all day, drinking & smoking in the van. Reconvening at Klub Komotion on 16th St where the live version of We're Only Gonna Die For Our Arrogance was mixed by Miguel from the gig the previous September. Brad drifted off, and no impromptu underground show was played.