This was a 2 show day. The Roadhouse was during the afternoon, then Banana's Bar & Grill at night. 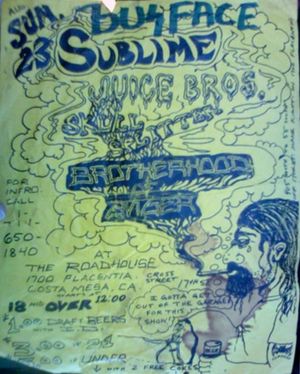 Busface was not originally billed for this show, then added after the flyer had been made, hence why they were hand-written on the flyers.

The cops stopped the show twice, and Brotherhood of Anger was stopped in the middle of their set twice due to people being taken away in the ambulance. Needless to say, it sounds like a wild set. 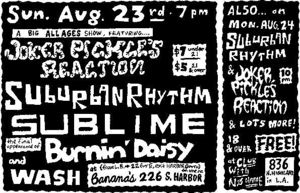