Back story to the Club Lingerie after show "business" meeting: 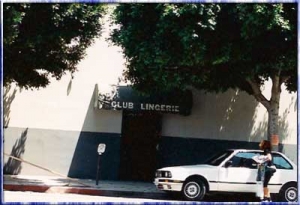